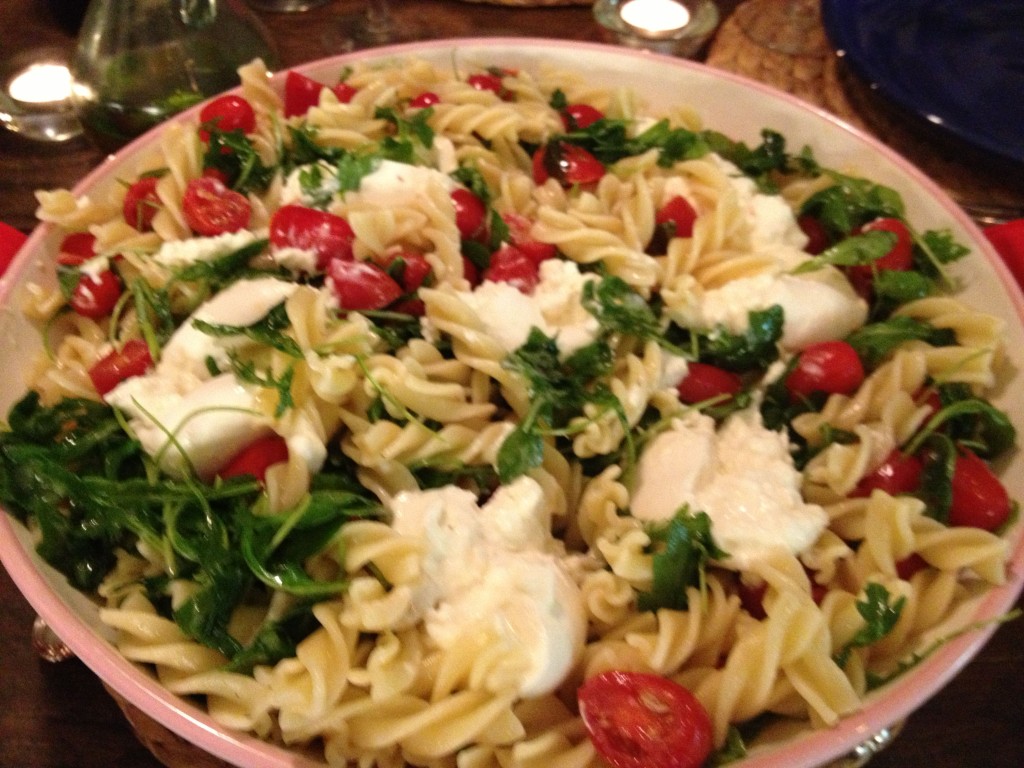 Two months ago I didn’t even know what burrata was (mozzarella cheese filled with cream), and now it’s part of my favorite pasta dish. I found this recipe online at Williams Sonoma and my first attempt was not a success – it scored 3’s with my friends.  But salt (I had forgotten it the first time) can do amazing things and I’ve also tripled or doubled all the ingredients except for the pasta itself. It’s very easy to prepare but does require twelve minutes in the kitchen cooking the pasta at the last minute. Just invite everyone in to join you, give them another glass of wine, and try to concentrate on cooking the fusilli for the recommended time. Then serve with a caesar salad and crusty bread.  (prepared ahead of time.) Serves 6 generously.

sea salt and pepper to taste

Combine garlic and olive and let sit for half an hour or so. Add tomatoes, salt, pepper and arugula and mix together, (at first it might appear as if you’re trying to stuff a forest into a flower pot, but the arugula will wilt quickly in the oil). Cover and let sit at room temperature for an hour to four hours. Cook  the fusilli according to package directions (mine was 12 minutes), save a cup of the cooking water and drain. In a large bowl mix pasta with the tomato mixture, adding a little cooking water if needed. Place drained burrata (cut in pieces) on top and serve. If you make this with whole grain fusilli it’s an even healthier dish.

The white things in the picture below are not large peeled eggs, it’s burrata. 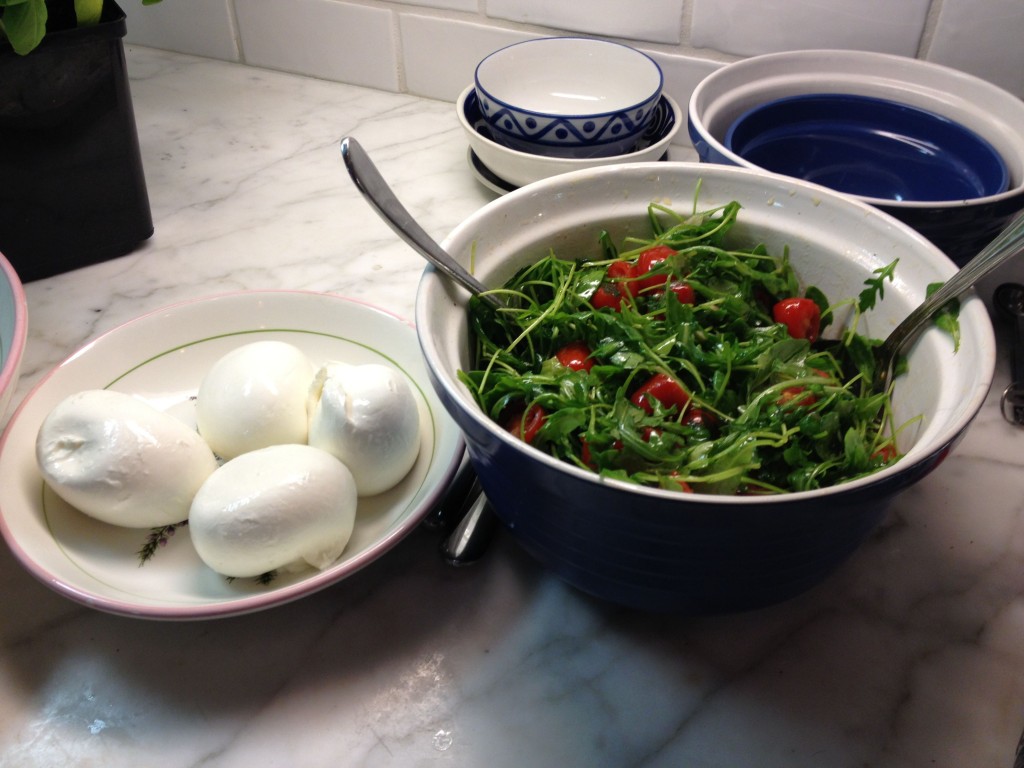