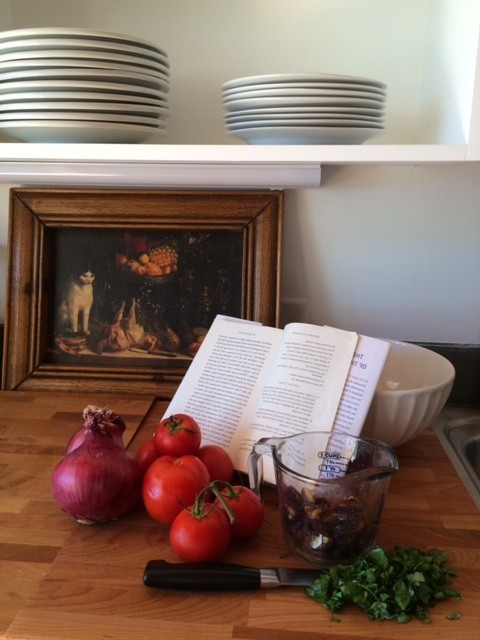 If you watched Obama’s first inauguration you saw the beautiful Elizabeth Alexander read her inauguration poem, “Praise Song for the Day”, a poem I love so much that I’ve been reading it to my students ever since. (Google it and see for yourself.)  Below is not a poem but a recipe from her memoir, The Light of the World. Her late husband Ficre was from Eritrea, and she writes that he “created legendary dishes such as Shrimp Barka that existed nowhere in Eritrea but rather in his own inventive imagination.”

This is easy to make and can be paused for an hour or so, and then the last ingredients added just before you serve it. The first time I made it I was so skeptical of the parmesan cheese combined with dates and coconut that I added it by small spoonfuls. But somehow it all works.

1 pound medium shrimp, 16 – 20, shelled and deveined. [If you use frozen cooked shrimp, defrost them ahead of time and blot out all the excess moisture before adding. I found that one market’s medium shrimp might be another’s jumbo shrimp – as was the case with Trader Joe’s shrimp. So go by the number of shrimp in the package and making sure it’s one pound.] 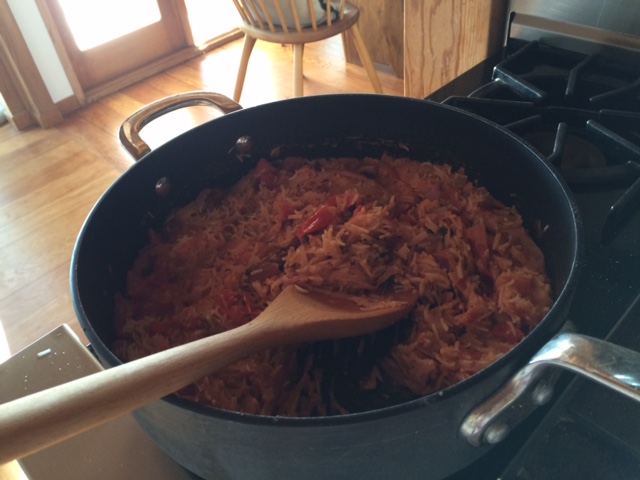 Heat olive oil in a large heavy pot over medium heat. Add onions, saute until wilted, about ten minutes. Add garlic and stir frequently to prevent sticking for two more minutes. Stir in the tomatoes, salt and pepper. Cover and cook for about five minutes.

[Here I paused for awhile and then at the last minute:]

Add shrimp to sauce. If raw, cook covered until shrimp turns pink, about 5 minutes. If not just get shrimp hot. Stir in the cheese, and then the cooked rice and serve immediately.

Serve with a simple crisp salad.

I made this last night for the second time for my friends Keith and Trent, and since Keith is allergic to garlic I left it out and added a generous 1/4 teaspoon of red pepper flakes after cooking the onions. Which added a nice little kick. I made it around 4:00 (and included the rice), then heated it up just before we ate and added the shrimp and cheese. A cold, crisp caesar salad went well with it. And for dessert we had my new favorite, even easier than the ice cream, Trader Joe’s Key Lime Pie.  Keith insisted on giving dinner a 10 and Trent, who plays by the rules, gave it a 5. 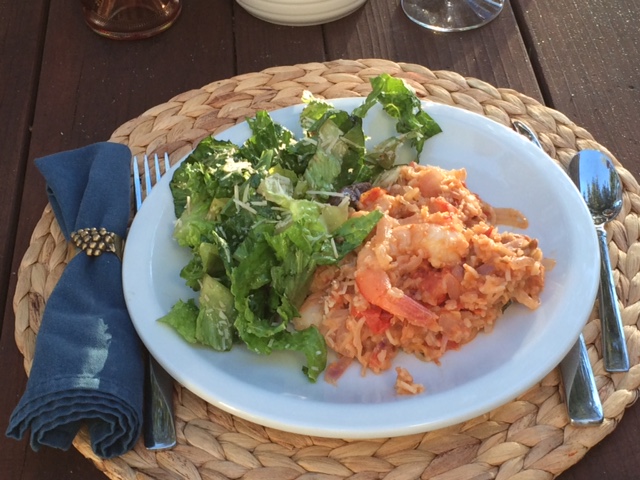