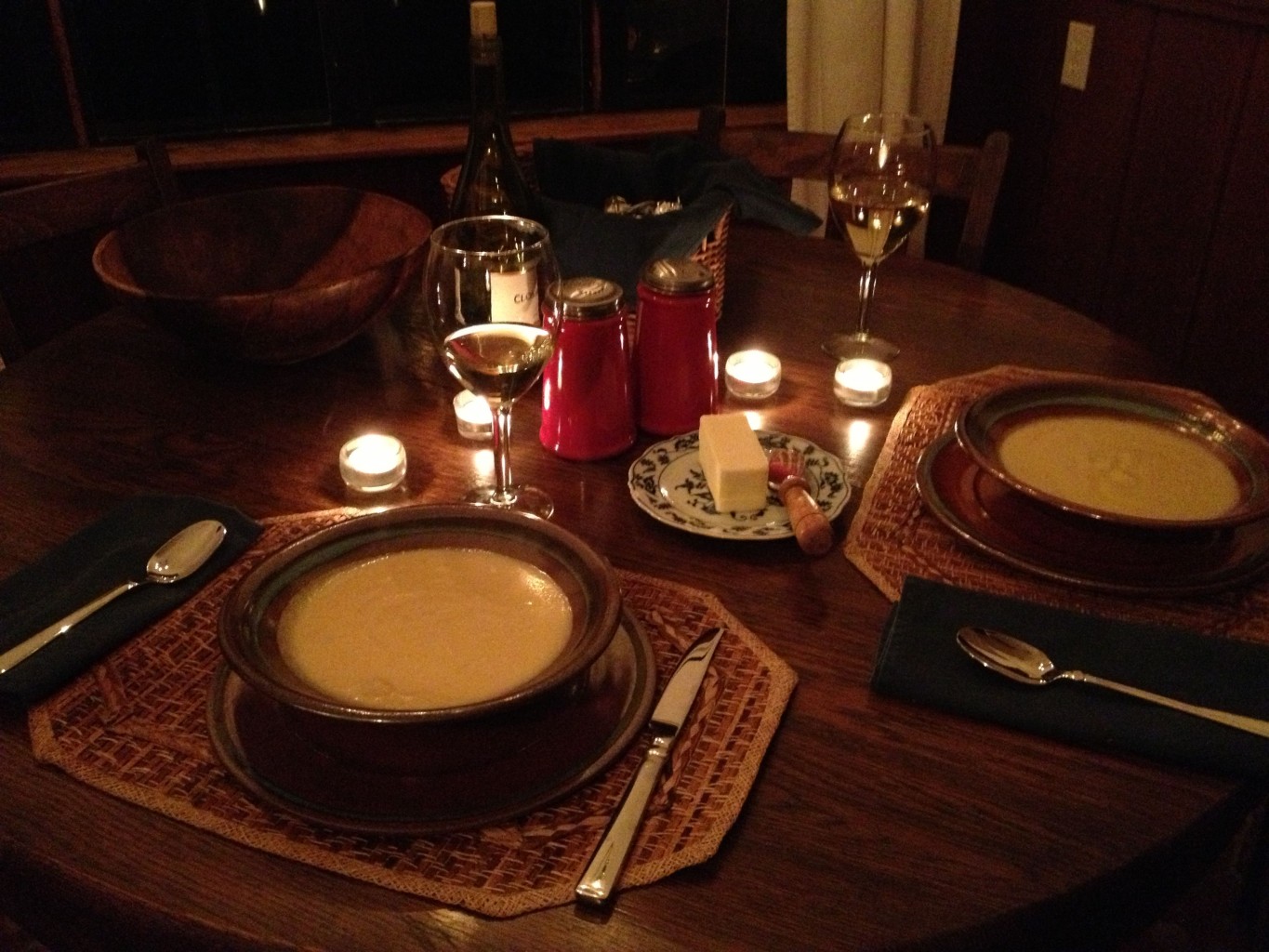 I’m up in my cabin in the mountains and invite our friend Keith over for a glass of wine and supper. I decide to have Kara’s cauliflower soup with a loaf of French bread which sounds very easy and I’ve been meaning to try it ever since she emailed me the recipe. I forgot to bring the recipe up with me but it’s so simple I’m sure I can remember all the ingredients: a head of cauliflower, half an onion, butter and cream. Driving home from the market I think something must be missing; this is going to be awfully thick soup.  So I drive back to Jenson’s and call Kara from the parking lot to ask her what else I need. “Vegetable or chicken broth,” she tells me. Ah, broth, of course. (See my broth mea culpa in the last post with the Brazilian stew.)

Here are the official ingredients: 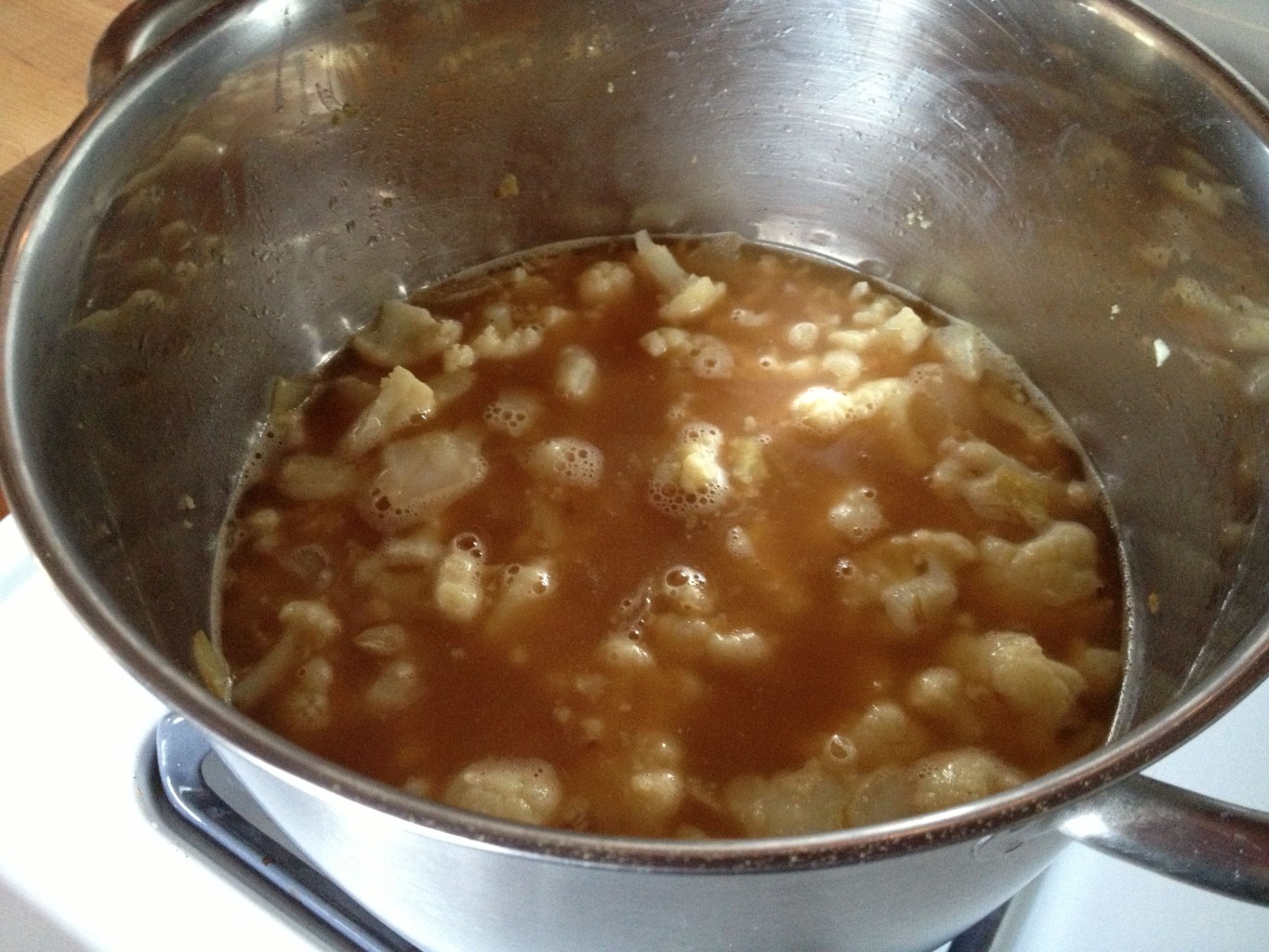 Melt the butter, add chopped onion and the cauliflower pieces and brown. (This took a lot longer than I thought it would, but it could be partly due to the bad lighting in my cabin kitchen.)  Then add broth to cover the cauliflower and onion and cook until really soft. (This also took longer than I expected.)  Then blend in a blender or use an immersion blender until smooth. Add cream or half & half, salt and pepper to taste and heat again. (Or place in fridge to reheat when guests come.)

Keith gave it a 4.6 but said it would have been a 5 if I had remembered the parmesan cheese and sprinkled parsley on the top.

The second soup: This looked so easy that I decided to try a broccoli version at the same time. It did not go well. For some reason the broccoli browned almost instantly and even though cooked to mush in broth it remained stubbornly broccoli. When I tried my immersion blender in it I ended up wearing the broccoli. (The pot I used wasn’t deep enough.) The best I can say is that it was edible (Keith gave it a 3.2) – but it’s not as elegant and delicious as Kara’s soup.