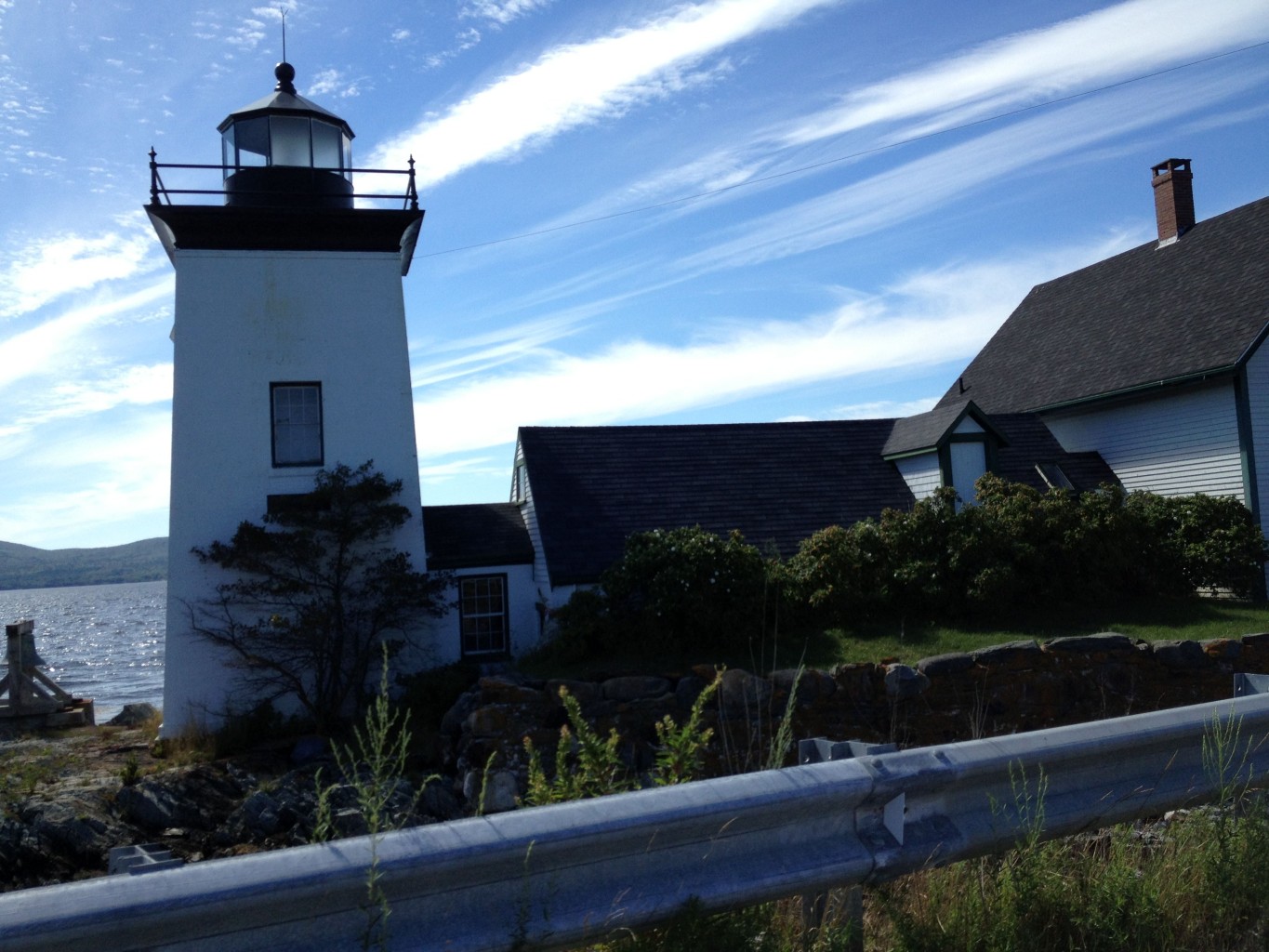 When my niece Elizabeth got married last summer on Islesboro off the coast of Maine, I discovered this recipe in the local paper. It sounded like the perfect dinner party dish – rather elegant and rich, and you could make it ahead of time, even the day before, and then just heat it in the oven and serve with a salad and French bread.  However the original recipe included a pound of lobster, a pound of crab and a pound of diver scallops, and when I priced this out at Santa Monica Seafood I discovered the casserole would cost about $150 dollars.  So I experimented and found that the recipe is delicious with just shrimp and small scallops, and much less expensive. Though the original recipe said it served six, I found it actually serves 8–10 generously.  Some day I might try a more healthful version using olive oil instead of so much butter, but I do believe you can cut yourself some slack (or more butter) when it’s a special company dinner.

2 pounds shrimp. (If uncooked, put in boiling water with a bay leaf and a shake of salt, wait for water to boil again and then remove from stove and cover for about five minutes, then drain. Shrimp are done when they turn pink. If you use frozen precooked shrimp, defrost and blot out extra moisture with paper towels.)

1 pound small scallops (sautéd in a bit of butter with salt and pepper until opaque.)

Heat 1/4 cup butter in a large sauce pan and add onions and rice., sauté until rice turns golden. Add lemon zest, juice and stock/broth all at once, bring to a boil then turn down heat and simmer covered for 40 minutes, or until all liquid is absorbed. Add salt and ground pepper to taste and spoon into a deep 9×13 baking dish.

Melt 6 tbsp. butter in a large skillet. Add mushrooms, curry and ginger and cook gently for 3 minutes, stirring. Add seafood, sherry and half the parsley until scallops are cooked, then spoon over rice.

Melt remaining 6 tbsp. of butter in saucepan. Sprinkle in the flour, 1/2 teaspoon salt, 1/2 teaspoon pepper, the mustard and nutmeg and let bubble up. Remove from heat and add cream all at once, stirring to blend. (I added the cream slowly and blended as I poured.) Cook and stir until thickened. Pour evenly over the seafood and rice and sprinkle with cheese. (This is such a rich dish that the cheese is really optional.)  If you make it ahead of time and refrigerate, take out and get it to room temperature before baking at 400 degrees for about 25-30 minutes, or until very hot. Sprinkle with the rest of the parsley. Serve with French bread and a light salad.

Photograph below is of my new (and very first) zester! Who knew it could be so easy with the right utensils? (and frankly up until recently I wasn’t too clear on what exactly ‘zesting’ was.) 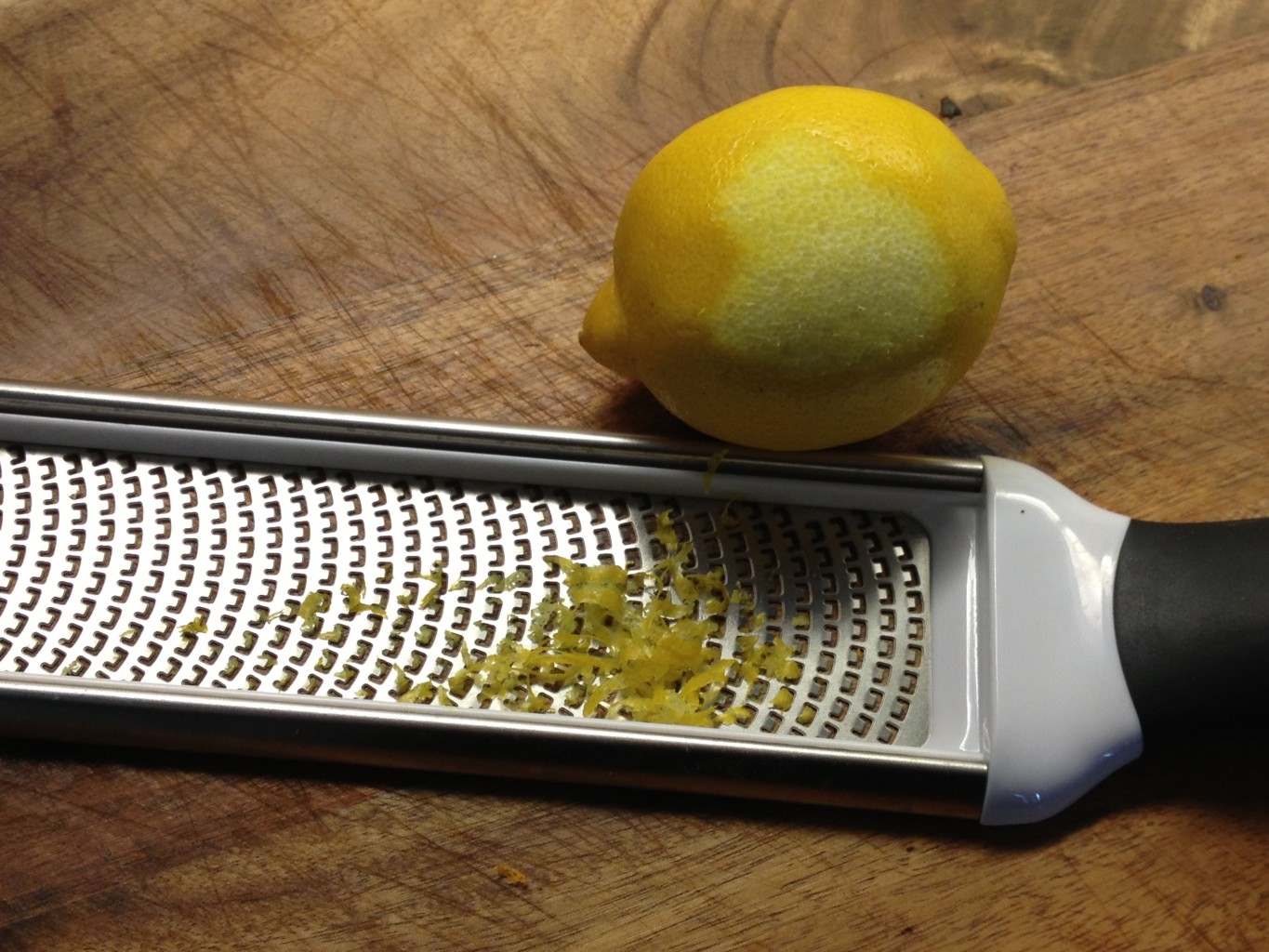 I found this recipe in the Islesboro Island News (Aug. 2013)  in “The Cook’s Corner” by Betty Boucher – who calls it Leila’s Seafood Bake, after the woman who liked it so much she ordered it from Betty every year for a decade.